Between Nature and Culture: Photography as Mediation and Method 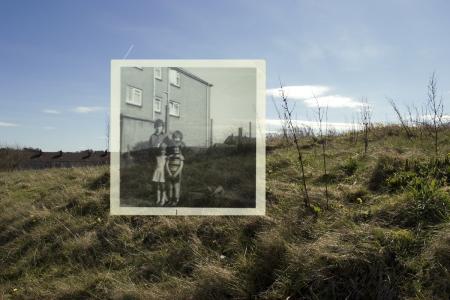 BETWEEN NATURE AND CULTURE: Photography as Mediation and Method

‘While we commonly expect photography to have a close relationship with the real, many practices positively engage with memory, landscape, identity and narrative. These themes rely heavily on photography as a means of translation and storytelling. This symposium invites theorists and photographers to speak about how they work with photography as a practice that serves to mediate the real’

Further information can be found here

Published in 1930, Die Angestellten: Aus den neuesten Deutschland/ The Salaried Masses: Duty and Distraction in Weimar Germany by the writer and theorist, Siegfried Kracauer, was critically acclaimed. His friend and fellow author, Walter Benjamin, wrote, ‘ the entire book is an attempt to grapple with a piece of everyday reality, constructed here and experienced now. Reality is pressed so closely that it is compelled to declare its colors and name names’. Kracauer sought to address the new class of salaried employees of the Weimar Republic:

Spiritually homeless, divorced from all custom and tradition, these white-collar workers sought refuge in entertainment—or the “distraction industries,” as Kracauer put it—but, only three years later, were to flee into the arms of Adolf Hitler. Eschewing the instruments of traditional sociological scholarship, but without collapsing into mere journalistic reportage, Kracauer explores the contradictions of this caste. Drawing on conversations, newspapers, adverts and personal correspondence, he charts the bland horror of the everyday. In the process he succeeds in writing not just a prescient account of the declining days of the Weimar Republic, but also a path-breaking exercise in the sociology of culture which has sharp relevance for today.

Informed by sociology and discourse of the cinema, the publication was innovative both methodologically, for what could be described as its anticipated ‘ethnographicness’ and the resulting representational strategies of the ‘montage principle’. Kracauer employed a hybrid-like approach including ‘quotation, conversation, report, narrative, scene, image’ and as Inka Muelder-Bach, in her introduction to the English edition, observes:

His investigation…refrains from formulating its insight in a conceptual language removed form its material. Instead, Kracauer seeks to construct in that material. In other words, knowledge of the material’s significance becomes the principle of its textual representation, so that the representation itself articulates the theory.

The significance of its representational structure as means to articulate the everyday of ‘salaried employees’ material living conditions and that of the ideologies superimposed on this reality’ make it a important publication of continuing critical resonance.

All That Is Solid Melts Into Air

With a title originating from The Communist Manifesto by Karl Marx, All That Is Solid Melts Into Air is a visual art project by American-born, Amsterdam-based artist, Mark Boulos which seeks to address Marx’s notion of ‘commodity fetishism…where commodities seem to possess metaphysical qualities rather than material…(thereby) obscuring the labour relations which produce and distribute them’.

Boulos decided to focus on one of the most important commodities, oil and its ‘two end points, production and distribution’. He travelled to Nigeria and the Niger Delta, one of the most important oil producing regions on the continent of Africa and filmed Movement for the Emancipation of the Niger Delta (MEND). The Niger Delta is noted for its extreme poverty in spite of the region’s oil wealth and the miltant group seeks to redistribute that available wealth. Subsequently, Boulos then filmed at the Chicago Mercantile Exchange, one of the largest commodity exchanges in the world and which trades in commodities including oil futures.

First shown in 2008, it has been widely presented including the 2010 Berlin Biennale amongst others and is presently installed at the Museum of Modern Art in New York. In this interview, from 2008, with the Stedelijk Museum in Amsterdam, Boulos states how the majority of his work critically addresses ‘the relationship between ideas and material reality’.

The project takes the form of a two-screen installation, facing each other, the viewer is placed in between. Unable to fully view or engage with either film simultaneously, the viewer is required to make ongoing and repeated decisions in terms of a commitment regarding which way to look. Through its presentational strategy, the project appears to ceaselessly confront, not only those portrayed on the two screens, but those who perhaps find themselves in the middle.

You are currently viewing the archives for June, 2012 at THEMARKET.