The Economy of Appearances @ LCGA (Installation) 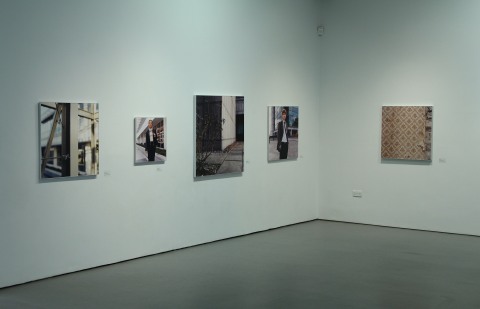 In this major exhibition, The Economy of Appearances, Curran draws these projects together for the first time, expanding the enquiry with newly commissioned work completed in Amsterdam. Incorporating photographs, film, sound, artifactual material and testimony, themes include algorithmic machinery of financial markets, as innovator of this technology, absorption of crises as normalisation of deviance, and long range mapping and consequences of financial activity distanced from citizens and everyday life. 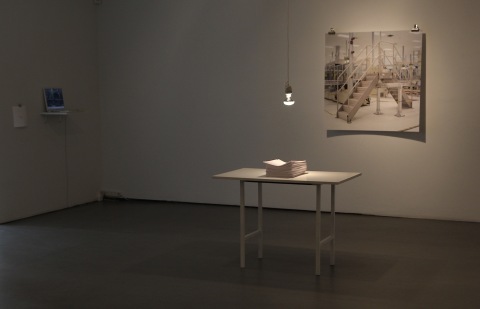 Curran filmed in the new financial district of Zuidas on the southern periphery of the Dutch capital – a global centre for algorithmic trading. Adapted from a text by former trader and now financial activist, Brett Scott, which examines High Frequency Trading (HFT) and how the input of human values, are excluded, the voiceover and title of the film are inspired by Scott’s essay, Algorithmic Surrealism. The film suggests the hegemony of HFT and the extinction of human reason or intelligence – human strengths that also include traits such as empathy and ethical behaviour – in Market decisions will both perpetuate and render more extreme the power relations of minority wealth in globalised capitalist systems

Through the application of an algorithm identifying the words “market” and/or “markets” in public speeches by relevant national Ministers of Finance, the data is then transformed to create the installation soundscape. To date, algorithmic translations of Michael Noonan (Ireland), George Osborne (United Kingdom), Pierre Moscovici (France) and Jeroen Dijsselbloem (Netherlands & Eurozone Group President) have been included in exhibitions in those countries. Curran activates the popular graphic representation of such circumstance through a 3D visualisation/virtualisation of the algorithmically-generated soundscape—The Economy Of Appearances—to represent contemporary financial capital functioning through the conduit of the financialised nation state. 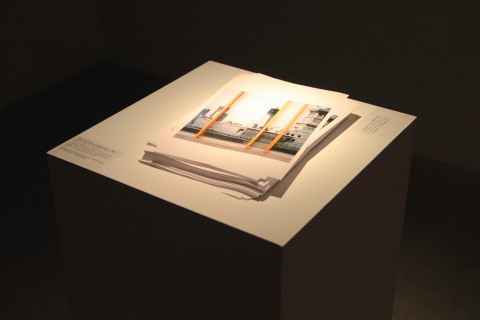 …in the case of the Netherlands, most of the Dutch shadow banking sector…is set-up by corporations for tax purposes, to attract external funding and to facilitate intragroup transactions…the focus of the shadow banking entities located in Ireland, Luxembourg and the Netherlands is the euro area, or even global.

Many financial institutions that act like banks are not supervised like banks. The term, shadow bank was coined by U.S. economist Paul McCulley in 2007…because they are not subject to traditional bank regulation…they are in the shadows.

They are characterized by lack of disclosure and information about the value of their assets…opaque governance and ownership structures between banks and shadow banks; little regulatory or supervisory oversight…

You are currently reading The Economy of Appearances @ LCGA (Installation) at THEMARKET.